Subscribers receive our quarterly publication The Public Life Advocate, as well as reports, issue briefs and dialog guides on issues that affect our community. 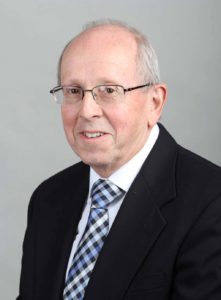 David Boeyink, former editorial page editor for the Messenger-Inquirer, has been appointed executive director of the Public Life Foundation of Owensboro (PLFO). Boeyink will replace Rodney Berry, who resigned from that position recently for medical reasons.

“This change comes at a critical time for our foundation,” said Bruce Hager, chair of the PLFO board. “We are planning a major community initiative to improve early childhood education in Daviess County. Dave has agreed to help us move this forward.”

The foundation has committed up to $4 million to improve access to educational resources for children. At present, only 50 percent of all Daviess County children are academically ready when they enroll in kindergarten, according to state data.

“But we cannot do this alone,” Hager said. “This needs to be a community effort involving everyone concerned about the future success of Daviess County’s children. That will be the main focus for Dave’s work in Owensboro.”

Boeyink worked at the Messenger-Inquirer from 1978 to 1987, when he left to teach journalism at Indiana University. However, he continued his relationship with John Hager, assisting in the creation of the Community Life Foundation (now the Public Life Foundation) after Hager sold the Messenger-Inquirer. For the next several decades, Boeyink served in a number of capacities with the foundation, most recently as consultant. He will continue to live in Nashville, Indiana, but he will also work out of the PLFO’s office in Owensboro.

“It would be hard to find something more critical than preparing young children for success in school,” Boeyink said. “Research shows that whatever we do for children in the first years of their lives has long-term effects. The Perry Preschool Project documented positive results of early childhood education even into adulthood.”

This focus on early childhood education is especially critical for children in poverty, Hager said. “We need to find creative ways to foster the development of these children when their brains are like fast-growing sponges, eager for academic stimulation and social interaction. If we can intervene before kindergarten, we will help these children succeed in school and adulthood.”

A great deal of work on this initiative has already been done under the leadership of Berry, Boeyink said. Berry was executive director of the PLFO for more than 16 years. He led the foundation’s work on civic engagement, including two major town meetings. He also directed the recent shift in the foundation’s focus to youth and education.

“This Early Childhood Education Initiative began under Berry’s leadership,“ Boeyink said. “We’ll be working hard to capitalize on his work and create expanded educational opportunities for Daviess County’s children for years to come.”